The main reason these keyboards are so expensive is that they have higher manufacturing costs. Add to that: the improved typing experience, the improved build quality, the enhanced durability, and last but not least; customizability… and you get a justifiably expensive keyboard.

Okay so before we go any further, let’s just take a cursory look at what mechanical and gaming keyboards really are.

So what exactly are these Mechanical and Gaming Keyboards?

To put it simply, gaming keyboards are a bunch of twists and bells and whistles on top of a mechanical keyboard. These “twists” can be ergonomic i.e. relating to the user experience of the product in regards to design, or they can be aesthetic which means they look more pleasing to some rather than others. Often enough, this aesthetic takes the form of customizable RGB lighting and stuff like that.

So what we need to get down is what a mechanical keyboard is.

So the difference here is what happens between when you press a key and when the signal for that key being pressed comes to be (also known as actuation). That includes the little mechanisms that are involved, the physics, and everything regarding that.

Why are gaming and mechanical keyboards so expensive?

Let’s look at the reasons why these keyboards are so expensive when compared to your regular keyboard. This should also help you decide if you really want to pay the extra premium to buy one for yourself. 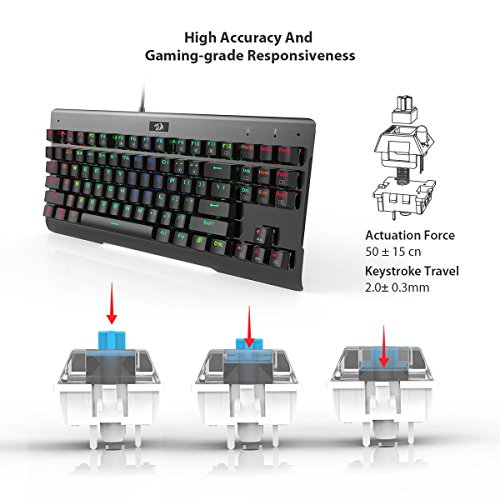 This also makes something called n-key rollover possible which is a desirable little feature for programmers, writers, and gamers, etc. Since each key has its own individual mechanical switch, the separate signals from each key can be recognized separately even when they’re being pressed at the same time. That’s something that membrane keyboards aren’t so good at.

The difference in the whole typing experience of a mechanical keyboard compared to a membrane or rubber dome keyboard ( which is discussed below) is also due to this fundamental difference.

This is something that mechanical and gaming keyboards get from the virtue of having mechanical switches. There isn’t a lot of variability in the feel and user experience of a membrane keyboard. The keys don’t feel great and the mushiness downgrades the typing experience over time which can make for a terrible experience as the keyboard ages. There are no options to replace membranes that feel more reactive and give you any feedback.

Mechanical switches offer extremely diverse typing experiences depending on the type of switch you use. The standard has been the Cherry MX series but it’s been a while since Cherry’s patent on mechanical switches expired and everybody from gaming giants like Razer and Logitech to mechanical switch novelties like Gateron have come into the market, flooding it with options for everyone to choose from.

The key feature that might attract you if you’ve never used a mechanical keyboard before is the feedback that some types of mechanical switches offer. There are 3 types of switches i.e. linear, tactile, and clicky. The first type does not offer any sort of feedback on actuation so you may either bottom out or get a feel for where exactly it actuates along the travel. The other two types both offer some sort of feedback on actuation. Tactile switches give you tactile feedback while clicky switches offer more prominent audible feedback. Easy to remember, right?

Listing all available mechanical switches is a little out-of-place here so we can just look at the more classic, more recognized types of switches from Cherry.

There are all sorts of variations between switches. You can have Speedy Silvers that are even faster and easier to press than Cherry MX Red and you have Cherry MX Greens for an even louder typing experience than the Blues.

That’s the variation that isn’t available in membrane keyboards. And so although this is solely a benefit of having mechanical switches on your keyboard, this can be used to justify the generally higher price that mechanical and gaming keyboards occupy in the market.

You can actually get a little testing kit that has different types of mechanical switches that you can try out before buying a keyboard that comes with one of those keys installed. Getting a feel for a mechanical switch is key in deciding what’s going to work best for you, since words can only convey so much. Now, a lot of you may have presumptions about gaming keyboards like…. they only sell at a higher price because they’re gaming keyboards… and some of that might definitely be true,  but gaming and mechanical keyboards don’t just ride the high-wave of brand popularity and gaudy tastes. They bring more functionality to the desktop.

Gaming keyboards often feature macros or shortcut keys that are dedicated to their separate, specific function. If you’re a normal user, you may not have that much use of these keys and think of them as some gimmick scheme but in reality, a lot of programmers, content creators, video editors, and gamers really do find them useful.

Rather than doing a complicated series of shortcuts on the keyboard in games or editing softwares, you can just press a dedicated macro key and spare yourself the tedious repetition.

There are also dedicated media keys and stuff like that which do come to be of use to niche consumers even though the average Joe may sneer at such features being added for a higher price.

Another thing that gaming keyboards have that can really separate them from the pack is companion software compatibility. That means that companies like Razer, Logitech, Corsair, etc. can make keyboards that you can control and customize through their brand-specific companion software like Razer’s Synapse, Logitech’s G-hub, etc. You can do a ton of pretty sweet stuff on these programs, the highlights of which are RGB customization, macro dedication, and some peripheral-specific modulation like dialing your mouse’s DPI up or down. This can have a major impact on the value of the product for the consumer, thus contributing to increased prices.

The point is that manufacturers respond to the wants of their consumers and if their specific market niche ( such as PC Gamers) show a liking of macros and dedicated shortcut keys, they provide. And that sometimes justifies the higher price that you may see with some top-o’-the-line gaming keyboards. 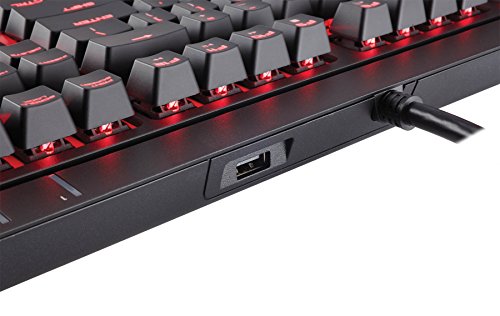 Gaming and mechanical keyboards have much better build quality than membrane keyboards. This should have to do with membrane keyboards usually being the much cheaper option among the two. Price cuts, of course, don’t come without compromises.

While membrane keyboards may use lower quality plastic to make their keyboards and keycaps, you can easily find mechanical and gaming keyboards that are made of aluminium and have much better keycaps on top of the mechanical switches.

Although this certainly costs more, it does bring a better build quality and design to the table.

Many brands including the big players like Logitech and even Microsoft have their own versions of ‘ergonomic’ keyboards. Ergonomic doesn’t mean a specific type of design like wavy or curved or split but encompasses all these different concepts. That means different manufacturers can design keyboards that look very different but will still be called ergonomic keyboards. Mechanical and gaming keyboards are included in the variety of keyboards that have ergonomic iterations and all the ergonomic keyboards that you see may have mechanical switches, making them, in a sense, mechanical keyboards. And even if manufacturers don’t go all the way to split designs with every keyboard, they can add little things like a wrist resting pad included with the keyboard or replace a key to a more comfortable spot. Things like this add to the ‘ergonomics’ of the mechanical or gaming keyboard and can thus help them sell better. 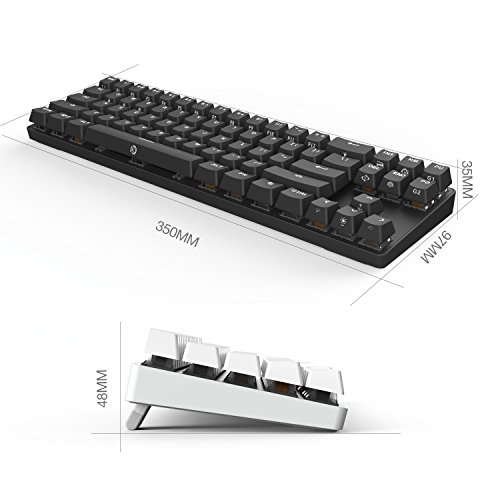 Many mechanical keyboards have lifespans of 50 million keystrokes and often enough, you can see this number going much higher up to 70,80 and even a 100 million. On top of that, gaming keyboards often use high-quality PBT keycaps so even if you’re a heavy user, you should probably be covered for anywhere between two to three years and it shouldn’t be too uncommon for well-kept keyboards to last much longer than that.

And add to that the 2-year warranties that brands like Razer offer with their products like the Huntsman Elite, the Blackwidow V3, and the Blackwidow Elite, etc., and the picture becomes clearer as to why the price tags differentiate so much between normal and mechanical or gaming keyboards.

Normal membrane keyboards are definitely cheaper but they don’t feel as good, they don’t offer feedback, they get mushy, they aren’t built as well and they aren’t as durable. All of these factors can come into play when justifying the price tags on some gaming and mechanical keyboards.

It’s important to remember that overpriced is not the same as expensive. So if you use your keyboard a lot, a hundred bucks may seem like an investment but with a good product, you can trust that this investment is likely to pay off well enough.