Charging your phone while using it has been a grey area where a lot of people aren’t sure what they’re supposed to be doing and whether it’s potentially harmful to their phones or not. But more and more often, the alertness of people regarding this matter seems to be thinning out. Even though, just a few years ago, the Samsung Note 7 had to be called back for a battery-related reason after reports of it being a fire hazard. Fortunately, Smartphones these days don’t seem to be following that horrific trend. But should we still be on the lookout? Is it bad to use a phone while charging?

Yes, it can be bad to use your phone while charging but the thing is that it is just generally inadvisable to use your phone while charging. That doesn’t mean you should never do it in any condition or circumstance whatsoever. It’s just better to not do as a rule of thumb. The reason is that it can cause your battery to heat up. And heating any type of battery beyond its specified limitations has consequences for the battery life. It shouldn’t explode or cause any sort of harm but it might be detrimental to your phone’s battery life.

Let’s expand on that a bit.

Is it bad to use a phone while charging?

Let’s discuss reasons that will help explain why it’s not a good idea to use your phone while its charging.

Any battery that you can think of has its specified limitations beyond which you shouldn’t go if you want your battery to work properly or just work at all. The batteries we use in our phones, tablets, or iPads and laptops are mostly lithium-based. Lithium’s a great element to use in batteries because of several reasons but mostly because of the fact that it has the largest energy density per volume and weight. And we’ll focus on this type of battery since almost every up-to-date or technologically advanced device you use in your daily life works on a lithium battery.

Like every battery, lithium-ion batteries are prone to changes in external conditions unless they’re perfectly insulated from the environment which is virtually never the case. Even if lithium batteries were pampered from the environment completely, they’d still wear out over the course of their normal use. Fortunately, the standard for lithium batteries involves about 500 charge cycles so we don’t need to worry about having to replace the batteries in our phones every month. So where does heat come into all of this?

Well, batteries are a product of both physics and chemistry. And one thing you learn in chemistry is that different reactions occur under different conditions. And without delving into the sulfurous depths of chemistry, you can grasp the notion that temperature affects the reactions that occur in any environment. For example, sugar being more readily soluble in hot water than in cold water is an example of how temperature affects chemical reactions.

Temperatures that are too high (or too low) for a battery can interfere with the proper functioning of a battery. A higher temperature can induce an increased rate of parasitic reactions inside the battery. Parasitic reactions, as the name alludes to, are the kind of reactions that result in the deterioration of the battery life and other aspects of a battery’s health. These include the building up of a layer of ions on the negative electrode (or anode) of the battery that hinders the normal function of a battery. Lithium-ion batteries have a relatively good tolerance for temperature variation and they can charge in temperatures around 50°C or 122°F but the higher the temperature, the less advisable it becomes. In fact, according to an article written by battery university, if your battery’s temperature rises by 10°C when charging as compared to its normal state, you should replace the charger or discontinue using the battery.

Some Li-ion packs may experience a temperature rise of about 5ºC (9ºF) when reaching full charge. This could be due to the protection circuit and/or elevated internal resistance. Discontinue using the battery or charger if the temperature rises more than 10ºC (18ºF) under moderate charging speeds.

Heat also generally speeds up any chemical reaction that does not generate heat as a product (an endothermic reaction) and it can slow down any reaction that does produce heat as a by-product (an exothermic reaction). For example, if a reaction takes in heat from the environment to occur, an abundance of heat aggravated the process and if a reaction gives off heat as a by-product, more heat can slow down the process. This can happen inside batteries and following the typical rule that the speed of a reaction doubles every 10°C, a battery at 55°C or 131°F might theoretically deteriorate times 8 faster than the same battery working at 25°C or 77°F.

All of these factors cause batteries to degenerate faster and more intensely at higher temperatures. Therefore, it’s suggested that the temperature of your battery should be between 10°C to 30°C or 50°F to 86°F. The sensitivity to temperature is more pronounced while charging than when discharging. Other things that can be harmful to battery health:

Since we’ve established that the reason it’s unadvisable to use your phone too often while it’s charging, we should also be aware that there are other things that villainously raise the temperature of your phone beyond the standard thresholds.

Protective cases have great utility for obvious reasons. They protect our phones and that’s getting more and more pressing because of how most smartphones these days are mostly touchscreens and any damage there is quite obvious and potentially an expensive repair besides the already painful fact that the latest iPhone series hovers around the 700-1400$ range.

In order to be much use, protective cases have to be made of hard or thick and flexible material that can absorb a blow. Unfortunately, these materials not only absorb blows but also absorb heat. Since the back and the sides of your phone can all be covered by this material, it hinders the flow of heat away from the phone which contributes to an overall rise in the battery (and the phone’s) temperature.

This one shouldn’t be a surprise. Overcharging might be a confusing term though. These days you can’t really overcharge a battery. Your phone stops charging even if there’s some space left. And that’s not some insidious plot by the cash-hoarding companies to make your phone die faster. It’s actually the opposite. By leaving some space in the battery’s capacity, manufacturers help increase the battery life of your phone. In fact, the sweet spot lies between 30%-80%.

So by overcharging, what’s meant is always keeping your phone’s battery filled to the brim. And that can be harmful.

Smart charging is also a great feature to look for in phones. Smart charging refers to any technique that reduces the stress on the battery but still takes less time than a conventional 10W charge. This can be seen in the new iPhones that are supposed to charge slowly through the night (if that’s in accordance with your routine) up to 80% and then right around the time you mostly pick up your phone, charge up the remaining 20% to let you have a full battery from an over-night charge while avoiding overcharging and consequently increased battery temperature. Keeping it too full or too low for too long

You can charge your phone any time during the day up to around 80% which is usually the sweet spot for battery longevity and then use it during the day with any additional charge-ups, if necessary. You could also charge it during the night but for the purpose of battery health, you should make this a routine only if your device supports smart charging or any similar battery-friendly feature won’t risk overheating the battery over the night.

This is another insidious area concerning Android phones that people don’t care to look through. Fast charging can be very detrimental to your phone’s battery life, especially at higher wattages. 18W and 33W fast charging are around the sweet spot between time consumption and battery life preservation. The higher the wattage, the more likely it can be that your phone will heat up during charging. And fast chargers that go up to 66W fast charging can be seriously detrimental especially if they’re not from the official brand manufactures. You can go up to 33W but that’s supposed to be less healthy than an 18W fast charge. 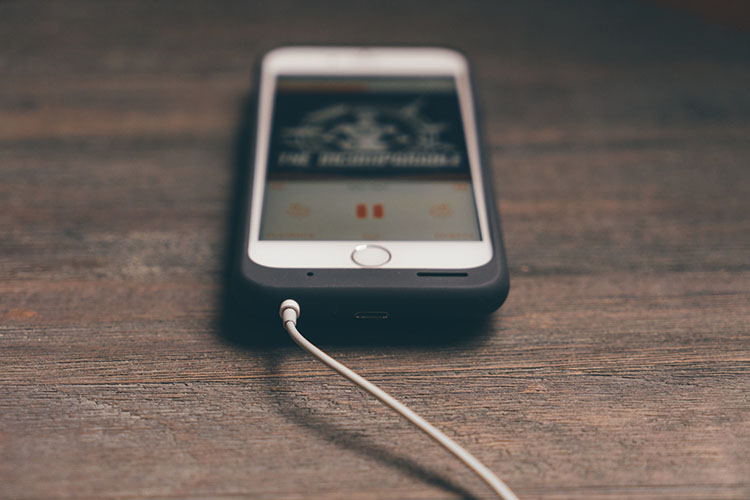 So as far as “Is it bad to use a phone while charging?” is concerned, it is generally inadvisable to use your phone while it’s charging if it’s not a problem. That being said If it is a problem then go for it. Your phone shouldn’t just die or explode in your hands while you’re using it. It’s just detrimental to your battery life. There are other things besides charging while using your phone that leads to the same sort of decrease in battery life like insulation around the phone and your charging habits so for the best results try and avoid things that can be avoided unless you have a good reason to make an exception to the rule.