Tankless water heaters are moving in to replace the older tanked heaters. And that is due to some major advantages which the tankless versions are bringing to the table.

We are going to discuss the advantages as well as the disadvantages of the tankless water heaters in this article. 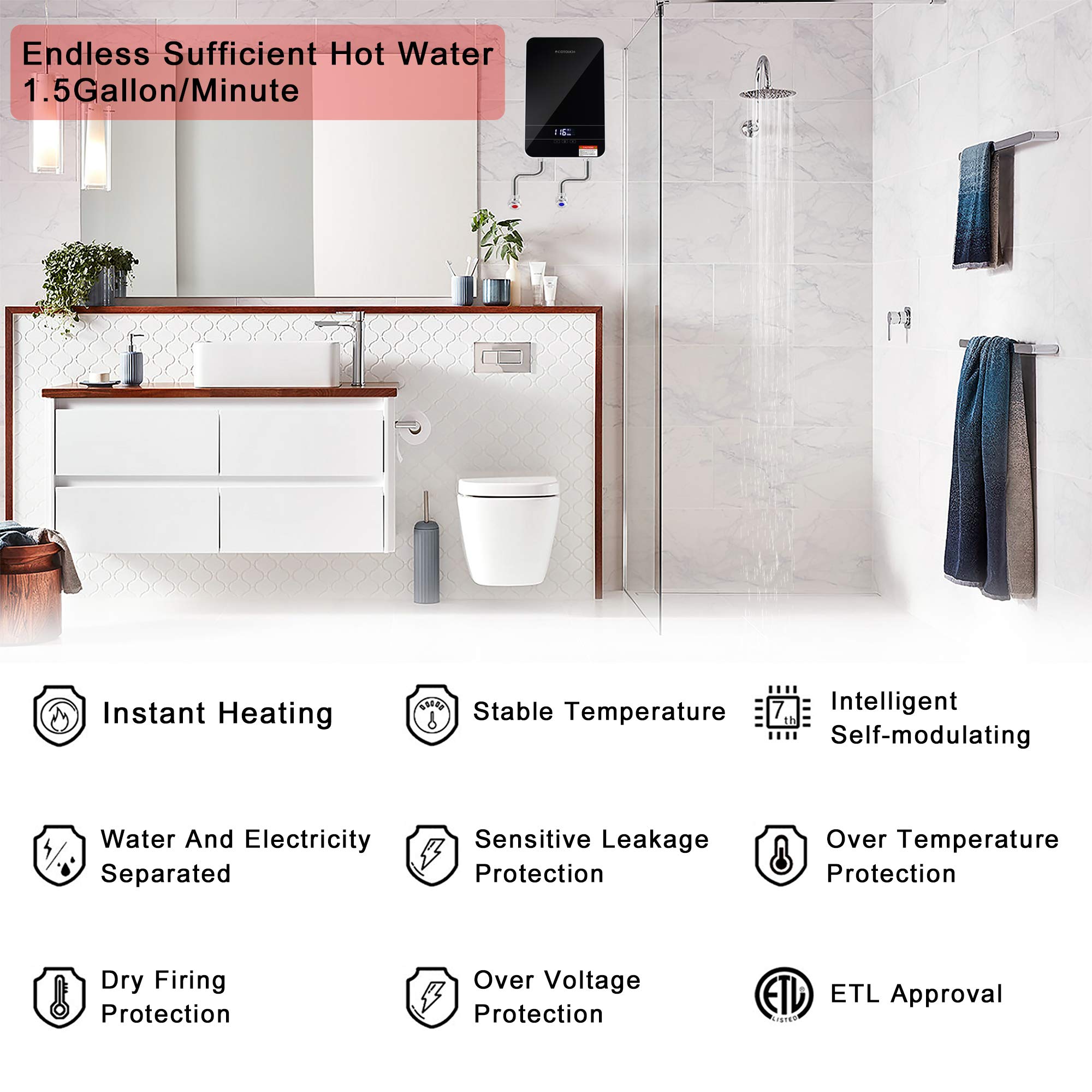 One implication or consequence of having a tanked water heater is that water has to stay in the tank after being heated waiting to be used. Unless it’s used soon, the precious heat generated by combustion (or the heating element in electric heaters) is wasted due to radiation or conduction of heat across the walls of the tank even if the walls are properly insulated. If water is allowed to stay for longer periods of time, more and more heat is wasted. Especially in environments where the temperature difference between the water and the outside is relatively large.

Tankless water heaters are not prone to such wastage. This is because of their basic design purpose to have no tank at all. Without a tank for heated water to stay in, heat mostly isn’t wasted for any of the reasons that cause loss of heat in tanked heaters. Water is not given any temporary place to stand in, except the pipes where of course, the stay of water is unconditional and inevitable. This advantage of the tankless heaters allows them to save loads of fuel whilst delivering the same output as tanked water heaters.

When it comes to reliability, tanked water heaters have a serious yet natural disadvantage compared to tankless water heaters. Since the conventional tanked heaters have a specific capacity of water to hold after that water has been heated, an upper limit is put on how much constant hot water output you can get in a single run. On the other hand, tankless water heaters heat water while it’s on the way to the outlet. The only action time that it needs is during flow.

This fact removes the upper limit as to how much hot water one can consume in a single run from a tank less water heater so keeping the water going on and on does not mean that it’s getting near the end. The only thing to watch out for is that as you go on increasing the flow rate, less and less heat is absorbed by the same units of water.

Since standby heat loss is eliminated in tankless water heaters by heating up water ‘on-demand’, a LOT of gas is conserved rather than being wasted. The gas savings have been reported to be up to 95% in some cases which may definitely be more than a good enough reason to go tankless.

According to The US department of energy:

The department of energy also suggests that you attain information regarding savings after you get the water heater installed. 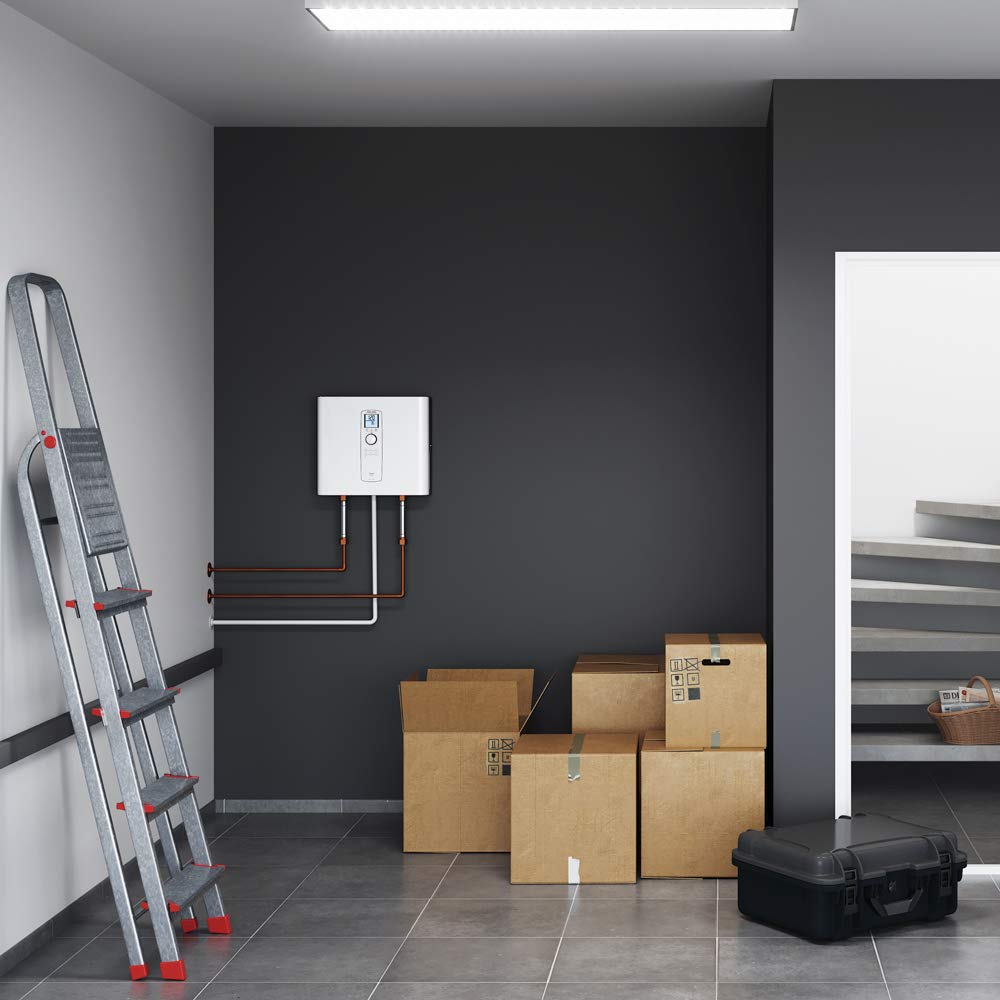 A very obvious advantage of going tankless is the lesser space consumption. Since they don’t have anything as big as a tank on them, they’re easier to fit into the relatively less spacious places around the house. Water heaters come in different sorts of dimensions, all of them being able to cater to a specific kind of need but it’s very easy to see that even the biggest tank less water heaters mostly aren’t quite as bulky or space consuming as tanked water heaters. They can simply be mounted on walls rather than having their own piece of the house and that saves up a lot of the space which a tanked water heater would have consumed.

The standard tankless water heater can be twice as expensive as the standard tanked water heater. But the reason it’s an ‘investment’ is that it will probably pay off that cost by saving you money on the fuel bills. The statistics quoted above by the department of energy provide solid numerical data as to how much savings you can expect after you’re finished installing an on-demand water heater. But when it comes to going tankless (especially electric water heaters), going green is going to cost you some paper.

The power consumption by electric heaters is bulkier than gas heaters and it will generally cost you more too. However, if you live in an area where gas is one way or another more precious than electricity then going electric is naturally the right choice.

Either way, you’d be making an investment with a larger initial deposit than how much you’d be paying when buying a tanked water heater.

One little tedious or discomforting detail about going tank less is that you have to get it properly installed with all the relevant piping. The vent pipes along with the input and output piping installment can present a little tiresome requirement before your on-demand heater is up and ready for use. The cost for all this by a professional can range from 100-400$s if you don’t already have a tank less system installed. Though some consumers prefer doing it themselves which has been reported to be a relatively ‘quick’ process as well. If you do prefer doing it yourself rather than having a plumber come in to do it for you, it may take you a full day; counting in the time you need to prepare and read up on how to install everything properly.